The Garden Route is a popular stretch of the south-eastern coast of South Africa. It stretches from Heidelberg in the Western Cape to the Storms River which is crossed along the N2 coastal highway over the Paul Sauer Bridge in the extreme western reach of the neighbouring Eastern Cape.

The name comes from the verdant and ecologically diverse vegetation encountered here and the numerous lagoons and lakes dotted along the coast. It includes towns such as Mossel Bay, Knysna, Oudtshoorn, Plettenberg Bay and Nature's Valley; with George, the Garden Route's largest city and main administrative centre.

Temperatures rarely fall below 10°C in winter and rarely climb beyond 28°C in summer. Rain occurs year-round, with a slight peak in the spring months, brought by the humid sea-winds from the Indian Ocean rising and releasing their precipitation along the Outeniqua and Tsitsikamma Mountains just inland of the coast.

The Garden Route also offers a great variety of activities for adventurers, adrenalin junkies and families alike.  From golf to whale watching, Monkeyland to Birds of Eden, walking with elephants to wine tasting, the Garden Route is rich with experiences to suit every kind of itinerary. 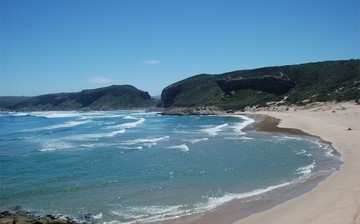 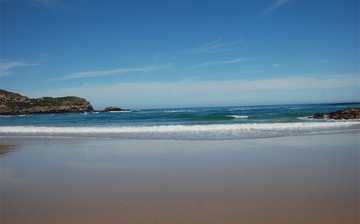 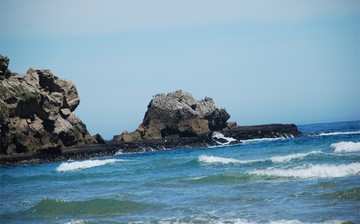 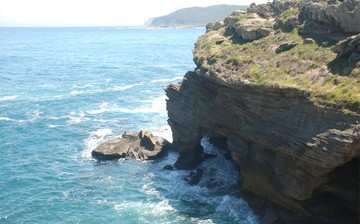 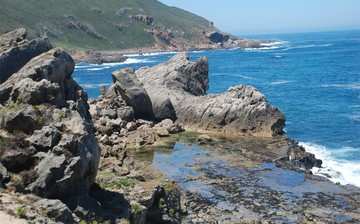 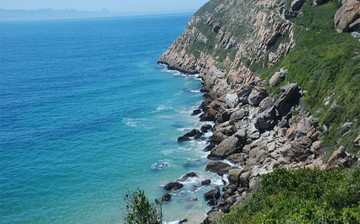 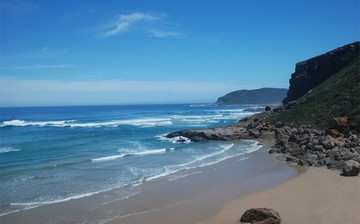 Hiking in The Garden Route

© Lion Roars. All Rights Reserved.
The Robberg is part of the Lion Roars Hotels Portfolio.